skip to main | skip to sidebar

Multiple university studies have recently concluded that career adults who are percieved to have "straight teeth" or a "pleasing smile" actually enjoy a higher median income than others who do not. The subjectivity of this study came into question, however, many reviewers believe in the basic human attraction tenets that universally apply to everyone. Similar studies on height and hair have shown the same results. Cosmetic or aesthetic appeal in our culture is stronger than we may think.
Posted by Dr Kurt Pierce at 7:13 AM No comments:

What is phase I and phase II treatment? Often, more severe orthodontic problems can be best corrected by doing some of the treatment in the child’s early years, age seven to nine and the finishing later at age eleven or twelve. A period in between, gives the patient a rest where they would wear only a retainer. This splits the treatment time and fee in two halves and can have tremendous benefits versus waiting until the patient is a teenager with all the adult teeth.
The treatment at age seven to nine is called phase I. During phase I treatment, big problems are corrected while there is plenty of growth remaining which is a big help to the orthodontist. Problems such as a poor jaw position, excessive dental crowding, crossbite, and other severe conditions can be greatly improved if treatment us begun early in phase I. Orthodontic correction of these problems is often impossible if not initiated until twelve or thirteen years of age. Appliances often used in phase I are plastic-type functional appliances that are removable, headgear, fixed braces on a few teeth or a combination of the above.
Phase II treatment is initiated after phase I, and after the rest period with the retainer. This is the follow-up and final completion of corrections begun in phase I and usually starts when most of the adult teeth have erupted into the mouth. Phase II treatment involves conventional full braces on all the adult teeth, rubber bands, and retainers again afterwards. Correction of rotations, closing spaces, minor crowding, and final detailing to the bite is achieved, and can often be accomplished in less than one year. This is a tremendous decrease in treatment time with full braces which would otherwise be two or more nine years of phase I were not completed first. Also, the shortened phase II treatment time with full braces comes at the age when peer pressure is at its worst and cooperation at its lowest-- all the more reason to do as much as possible earlier in phase I.
In summary,
1. Phase I is started at age seven to nine—phase II at age eleven to twelve, retainers in between.
2. Treatment time and fee are split between the two phases.
3. Severe problems are treated early in phase I.
4. Final detailed correction of the bite is achieved in phase II with full braces but in a greatly reduced time.
Posted by Dr Kurt Pierce at 8:11 AM No comments: 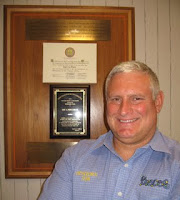 This blog is going to be a combination of technical and fun content. Everyone should know certain universaly known details of how Orthodontic and TMJ therapy benefitsyou. Likewise, the communities that I service are the same communities that I grew upin and I will always enjoy interacting on both personal and proffesional levels.
Thank you!
Posted by Dr Kurt Pierce at 7:59 AM No comments: